Table of contents of Toolkit on Gender-sensitive Communication

Why use gender-sensitive language?

Language reflects attitudes and norms within a society. It also shapes people’s attitudes and behaviors as to what is considered acceptable. Here you will find a ready-made guide, which contains practical tips and tools on how to tackle gender inequality by using gender sensitive language. The guide is written in English, but it can be implemented in other languages just as well. 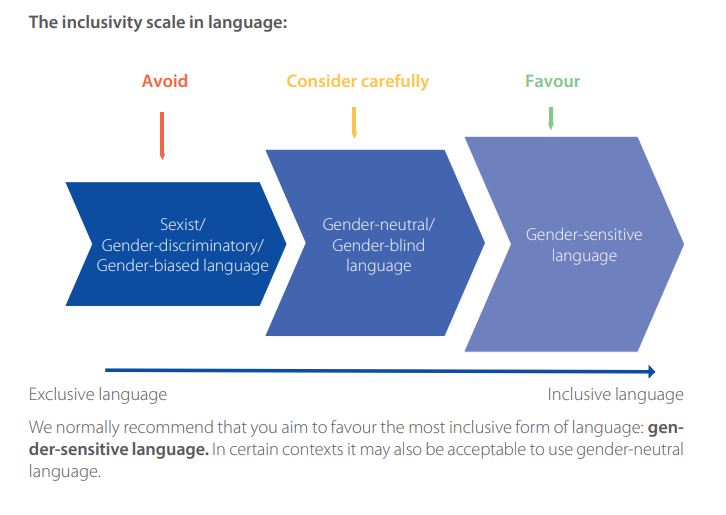 The inclusivity scale in language

Source: Toolkit on Gender-sensitive language by European Institute for Gender Equality, 2018
Reproduction is authorised provided the source is acknowledged.
Reuse is authorised provided the source is acknowledged, the original meaning is not distorted and EIGE is not liable for any damage caused by that use. The reuse policy of EIGE is implemented by the Commission Decision of 12 December 2011 on the reuse of Commission documents (2011/833/EU).